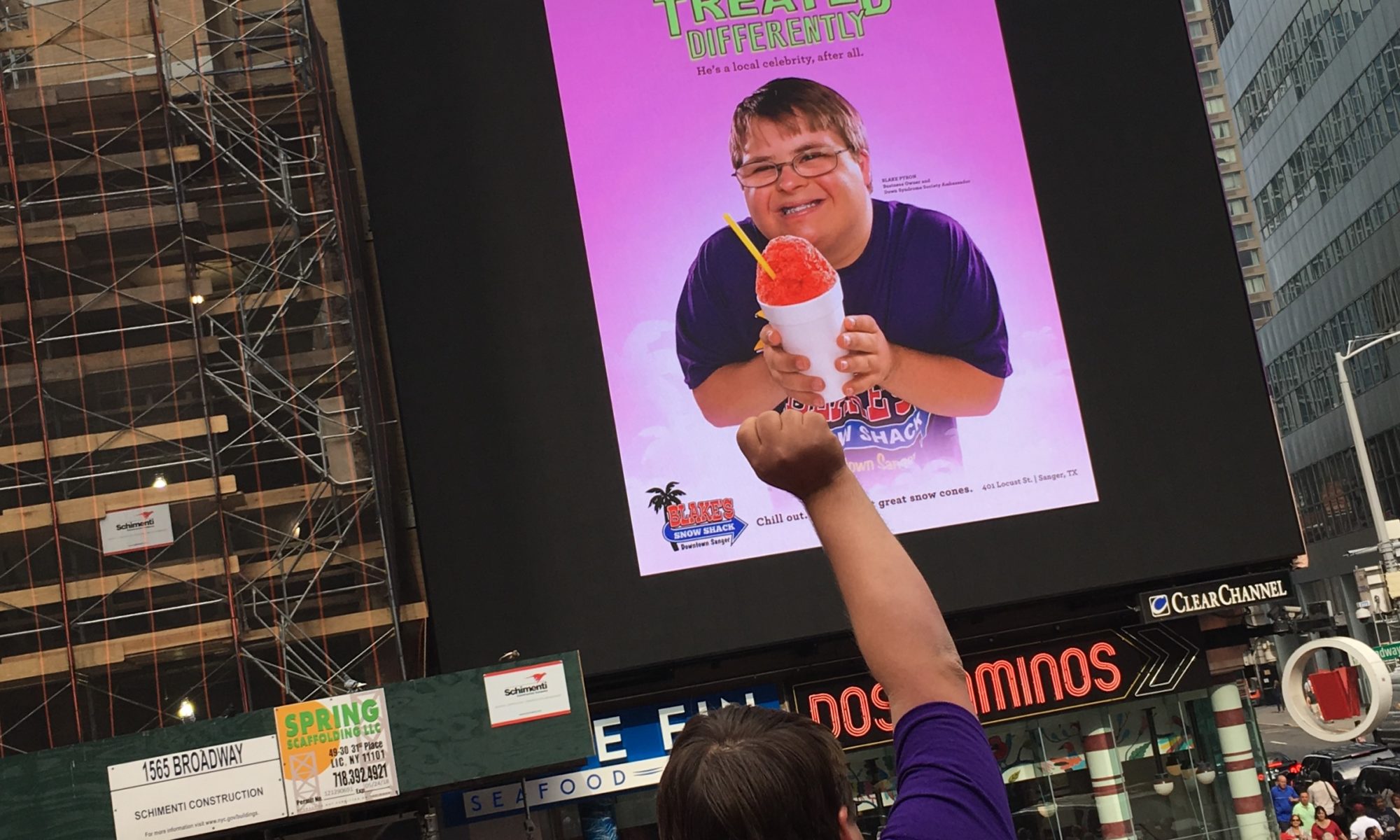 The 23rd Annual National Down Syndrome Society “BuddyWalk” took place in New York City over the weekend. Nearly 2000 families with Down Syndrome family members attended the event that NDSS President Sara Hart Weir describes as “the cornerstone of our NDSS awareness and advocacy efforts.”

J&S contributed to the event via our Blake’s Snow Shack campaign, which was featured in Times Square courtesy of Clear Channel Spectacolor.

The NYC event kicks off Buddy Walk events that will be held in 275 cities across the country throughout October’s National Down Syndrome Awareness Month. Approximately one in every 700 babies in the United States is born with Down syndrome, making it the most common chromosomal condition.